I was quickened to write about the word “immediately” after a friend made me aware how often the word is used in the Bible. If you search the word immediately in either the NKJV or the NLT, you will obtain at least three pages of references. There is something to acting immediately that I believe God is trying to tell those of us who believe. Most certainly he wants us to follow Him as soon as our heart is alerted to the fact that we need Him in our lives. 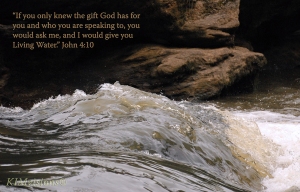 Matthew 4:21-22 A little farther up the shore he saw two other brothers, James and John, sitting in a boat with their father, Zebedee, repairing their nets. And he called them to come, too.  They immediately followed him, leaving the boat and their father behind.

He as our rescuer and strong tower is Always there for us, we must have faith.

Matthew 14:30-32 But when he saw the strong wind and the waves, he was terrified and began to sink. “Save me, Lord!” he shouted. Jesus immediately reached out and grabbed him. “You have so little faith,” Jesus said. “Why did you doubt me?” When they climbed back into the boat, the wind stopped.

Healing is an instantaneous result when we have faith and believe with our whole heart.

Matthew 20:34 So Jesus had compassion and touched their eyes. And immediately their eyes received sight, and they followed Him.

Mark 5:28-29   For she thought to herself, “If I can just touch his robe, I will be healed.” Immediately the bleeding stopped, and she could feel in her body that she had been healed of her terrible condition.

Mark 5:41-42 Holding her hand, he said to her, “Talitha koum,” which means “Little girl, get up!” And the girl, who was twelve years old, immediately stood up and walked around! They were overwhelmed and totally amazed.

Mark 7:34-35 Then, looking up to heaven, He sighed, and said to him, “Ephphatha,” that is, “Be opened.” Immediately his ears were opened, and the impediment of his tongue was loosed, and he spoke plainly.

Luke 4:38-39  Now He arose from the synagogue and entered Simon’s house. But Simon’s wife’s mother was sick with a high fever, and they made request of Him concerning her. So He stood over her and rebuked the fever, and it left her. And immediately she arose and served them.

Luke 5:24-26 So I will prove to you that the Son of Man has the authority on earth to forgive sins.” Then Jesus turned to the paralyzed man and said, “Stand up, pick up your mat, and go home!” And immediately, as everyone watched, the man jumped up, picked up his mat, and went home praising God. Everyone was gripped with great wonder and awe, and they praised God, exclaiming, “We have seen amazing things today!”

Getting further in our walk or near our destination is expedient when we allow Jesus in our boat and keep our focus on Him.

John 6:18-21 Soon a gale swept down upon them, and the sea grew very rough. They had rowed three or four miles when suddenly they saw Jesus walking on the water toward the boat. They were terrified, but he called out to them, “Don’t be afraid. I am here!” Then they were eager to let him in the boat, and immediately they arrived at their destination!

There is immediate deliverance in the name of Jesus and in worship.

Mark 9:22-25 And often he has thrown him both into the fire and into the water to destroy him. But if You can do anything, have compassion on us and help us.” Jesus said to him, “If you can believe, all things are possible to him who believes.” Immediately the father of the child cried out and said with tears, “Lord, I believe; help my unbelief!” When Jesus saw that the people came running together, He rebuked the unclean spirit, saying to it, “Deaf and dumb spirit, I command you, come out of him and enter him no more!”

Acts 16:18 This went on day after day until Paul got so exasperated that he turned and said to the demon within her, “I command you in the name of Jesus Christ to come out of her.” And instantly it left her.

Acts 16:25-26  Around midnight Paul and Silas were praying and singing hymns to God, and the other prisoners were listening. Suddenly, there was a massive earthquake, and the prison was shaken to its foundations. All the doors immediately flew open, and the chains of every prisoner fell off! The jailer woke up to see the prison doors wide open. He assumed the prisoners had escaped, so he drew his sword to kill himself.

Our salvation through Jesus Christ our Lord poured forth with his blood and water.

John 19:34-35 One of the soldiers, however, pierced his side with a spear, and immediately blood and water flowed out. (This report is from an eyewitness giving an accurate account. He speaks the truth so that you also can believe.)

Our response to him should be immediate.

Acts 16:33 Even at that hour of the night, the jailer cared for them and washed their wounds. Then he and everyone in his household were immediately baptized.

Prayer: Father, help my response to you be immediate, without hesitation.